Home > News > We all have a story video

We all have a story video 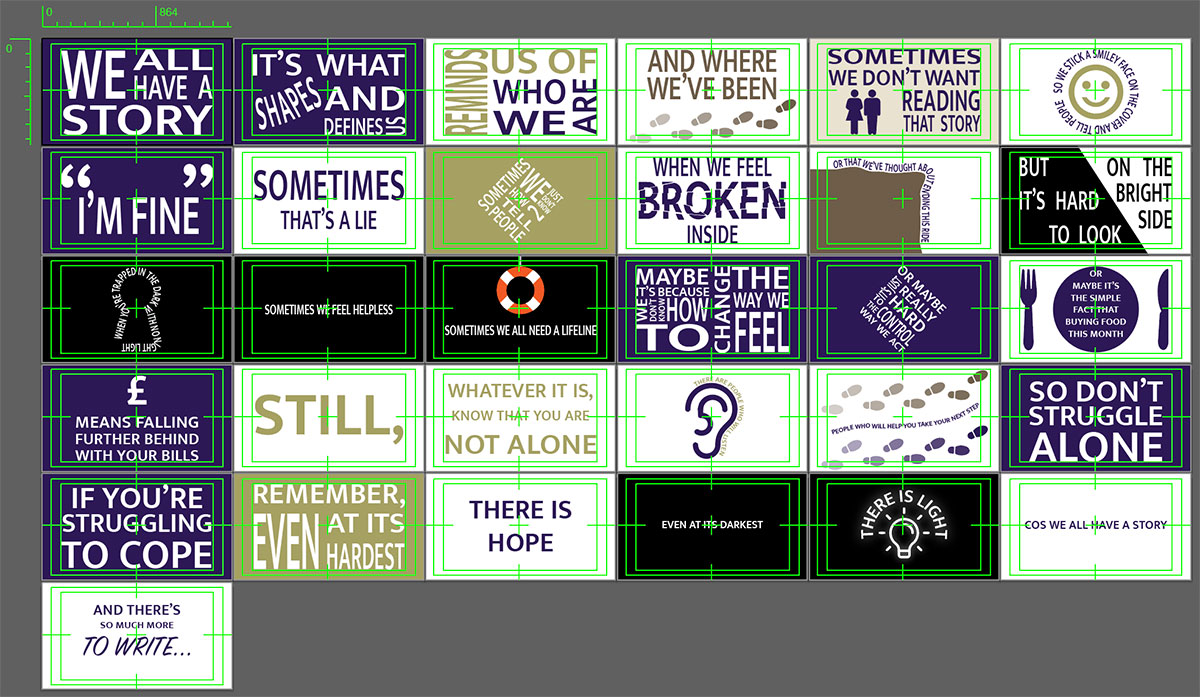 We recently worked with The Bridge Community Project on the development of their new video, “We all have a story“.

They commissioned MiKo Berry, an award-winning, Edinburgh-based poet, to write and perform a spoken word highlighting their work.

The Bridge Community Project aims to improve the everyday wellbeing of people living in West Lothian, Scotland. They do this through the provision of financial wellbeing advice and a counselling service.

We were contacted by The Bridge’s Project Director, Alan Davidson, who was looking for ideas on how best to use the poem to promote the charity.

Having listened to We all have a story, and in light of lockdown restrictions relating to the COVID-19 pandemic making live action filming problematic, we suggested the development of a kinetic typography video. There are many examples of these videos online, with text generally appearing in sync with a voiceover.

Planning We all have a story

We started the planning process with the poem itself, copying the text into a Google Doc and breaking it down into its component parts. The video was broken into separate scenes for each line, with 31 in total.

We then looked for visual elements that relate to particular sections of the poem, such as footprints, a lifebelt and a lightbulb.

Once we had the structure and ideas for visuals, we set about planning the look and feel of each scene.

The mural found in The Bridge Community Project’s office was used for inspiration and its style was adopted in the video.

We used the match font feature in Adobe Photoshop to identify the one used in the mural and also sampled the colours to ensure consistency with the charity’s brand.

We then used Adobe Illustrator to map out each scene of the video.

Once the storyboard was complete we started work on editing. For this we used Adobe After Effects, having used it for adding titles and motion graphics to other projects.

You can view the completed video below.

If you’d like a video for your business or organisation, get in touch. We also offer reduced rates for charities.